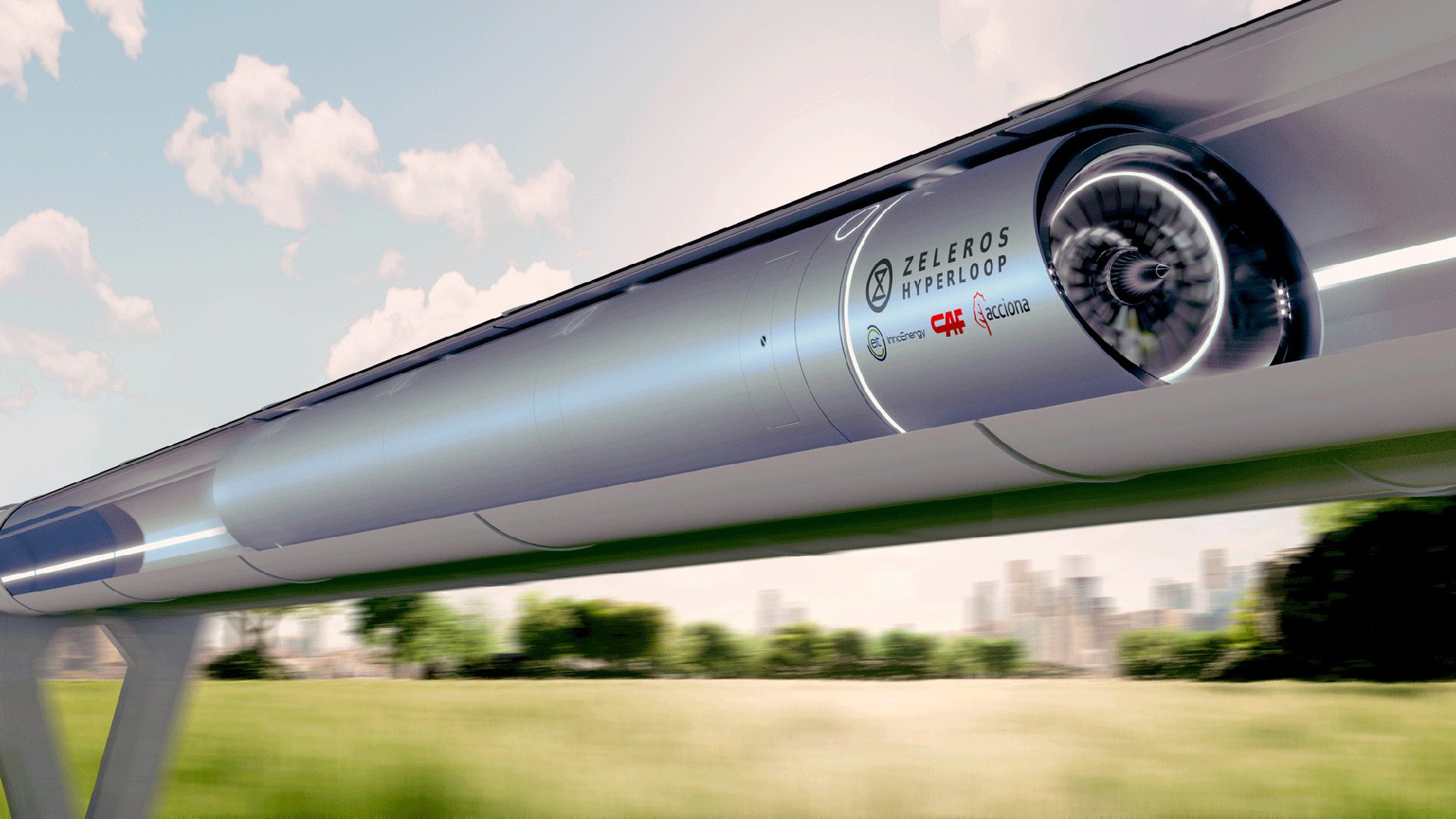 ACCIONA, CAF and EIT InnoEnergy bet on Zeleros to accelerate hyperloop in Europe

Zeleros, the European company based in Valencia (Spain) that develops a scalable hyperloop system, has announced the support of three key players that will accelerate the development of its pioneering transport system to travel at 1000 km / h and 0 direct emissions: ACCIONA, CAF and EIT InnoEnergy.

ACCIONA, a leading global company in the development of sustainable infrastructures, leads this new round of investment by the Valencian company, contributing its extensive experience and technical knowledge in the construction of high-speed transport lines, having carried out projects of this type in Spain, Italy or even Norway, where it is currently building the longest railway tunnels in the Nordic countries as part of the Follo Line project. “This initiative is aligned with the concept of sustainable mobility that we defend at ACCIONA and for this reason we have decided to support it. I believe that our know-how, together with our extensive experience of the company in rail transport, will bring great added value to this project”, said Telmo Pérez Luaces, Innovation Director of ACCIONA’s Infrastructure division.

The CAF Group is one of the international benchmarks in the design and implementation of comprehensive mobility systems and transit solutions. With a history of more than 100 years, it has developed important projects in numerous countries on the five continents. Leire Aguirre, working at the Corporate Development and New Businesses area of the CAF Group, expressed: “As experts in rolling stock, from CAF we will contribute all our experience to the design of a robust capsule that will reduce infrastructure costs and guarantee a safe and efficient operation”.

EIT InnoEnergy, leading engine for sustainable energy and promoter of projects such as the European Battery Alliance, in this case will support Zeleros will support Zeleros in realising the hyperloop in Europe. Josep Miquel Torregrosa, EIT InnoEnergy Iberia Business Creation Director, highlights: “At Innoenergy we firmly believe in the potential of Zeleros technology to connect the world in a matter of minutes and in a sustainable way, and we will support the creation of a robust ecosystem at European level.”

The three partners provide knowledge in key areas in the development of hyperloop: infrastructure, vehicle, and the industrial development framework at European level. Thus, they join the team of more than 180 professionals and 50 organizations making the creation of Zeleros’ hyperloop system a reality.

David Pistoni, CEO and Co-founder of Zeleros, highlights: “For Zeleros it is an honor to have industrial partners at the level of ACCIONA, CAF and EIT InnoEnergy to make this ambitious project a reality, with which we want to expand the limits of mobility as we know it, making it faster and more sustainable. We continue to make steady progress to achieve this.

Europe is a leader in high-speed transport systems and now also in hyperloop. The European countries have created the world’s first hyperloop standardization committee and have a powerful ecosystem as showcased by the Hypernex project promoted by the European Commission’s Shift2Rail Joint Undertaking. The Spanish Ministry of Science and the Ministry of Transport have also announced plans for the creation of the first European test track in Spain and associations such as MAFEX, International Union of Railways (UIC) or the Railway Innovation Hub have been involved, detecting synergies with the railway sector.

Zeleros keeps growing. In February, the company revealed that it is working with the aeronautical giant Airbus to test its electric propulsion system, and a few weeks ago the construction of a pilot project for its linear motor system used in hyperloop to decarbonise logistical operations in ports and airports. . The Z01, its model hyperloop vehicle, will be displayed at the Spain Pavilion of Expo Dubai 2020 (United Arab Emirates, UAE) from October 2021 to March 2022. The rapid growth of Zeleros is a fundamental element that positions Europe in an exceptional way, laying a solid foundation for the implementation of hyperloop throughout the world, setting a benchmark once again in high-speed land transport systems.

Zeleros is the Spanish company based in Valencia leading the development of hyperloop in Europe. Its unique technologies integrated in the vehicle allow the implementation of scalable hyperloop routes, dramatically reducing the cost per kilometer of infrastructure and operating at safer pressure levels. The company also works on the development of advanced mobility solutions for the automation of ports and airports, taking advantage of its technologies and knowledge applied to these sectors. Co-founded in 2016 by David Pistoni (CEO), Daniel Orient (CTO) and Juan Vicén (CMO), after being twice awarded in the contest organized by Elon Musk (SpaceX) in Los Angeles. Zeleros is partnering with renowned industrial players and research centers around the world to make hyperloop a reality in the next decade. Currently, he coordinates more than 180 people in development, including organizations such as Red Eléctrica de España, Tecnalia, CIEMAT, Renfe or EIT Climate-KIC.

ACCIONA is a global company, a leader in the provision of regenerative solutions for a decarbonized economy. Its business offering includes renewable energy, water treatment and management, eco-efficient transport and mobility systems, resilient infrastructures, etc. The company has been carbon neutral since 2016. ACCIONA recorded sales of € 6,472 million in 2020 and has a business presence in more than 60 countries.

The CAF Group is a leader in the international market as a provider of comprehensive transport systems, both in the railway (metro, trams, high speed, suburban, commuter, LRVs, locomotives, civil works, electrification) and non-rail (sustainable urban buses). With a turnover that reached 2,762 million euros in 2020, the CAF Group is currently has a team of more than 13,000 people, with production plants in Spain, France, the United States, Brazil, Mexico, Poland and United Kingdom, as well as a large number of subsidiaries throughout the world.

EIT InnoEnergy operates at the centre of the energy transition and is the leading engine for sustainable energy, bringing the technology and skills required to support the green deal and Europe’s decarbonisation goals.

Recognised globally as the most active energy investor and one of the largest climate tech and renewable energy tech investors in 2020; it has invested 500 energy innovative industrial ventures, EIT InnoEnergy backs innovations across a range of areas.

Established in 2010 and supported by the European Institute of Innovation and Technology (EIT), a body of the European Union, EIT InnoEnergy has offices across Europe and in Boston, US.