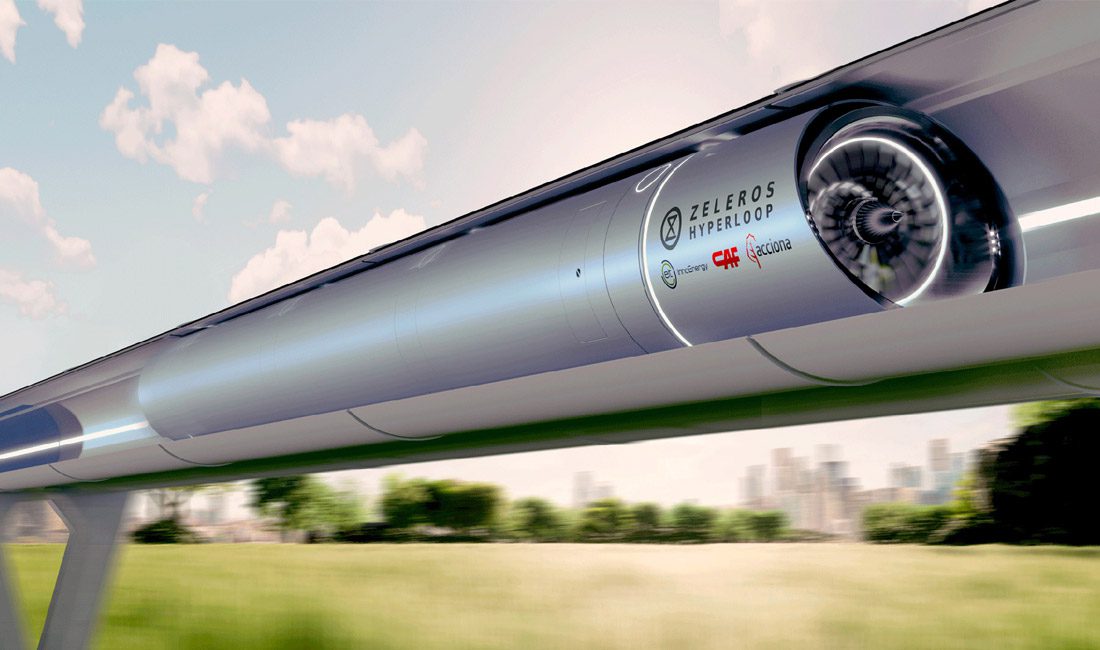 Zeleros, the European company based in Valencia (Spain) that develops a scalable hyperloop system, has announced the support of three key players that will accelerate the development of its pioneering transport system to travel at 1000 km / h and 0 direct emissions: ACCIONA, CAF and EIT InnoEnergy.

The CAF Group is one of the international benchmarks in the design and implementation of comprehensive mobility systems and transit solutions. With a history of more than 100 years, it has developed important projects in numerous countries on the five continents. Leire Aguirre, working at the Corporate Development and New Businesses area of the CAF Group, expressed: “As experts in rolling stock, from CAF we will contribute all our experience to the design of a robust capsule that will reduce infrastructure costs and guarantee a safe and efficient operation”.

David Pistoni, CEO and Co-founder of Zeleros, highlights: “For Zeleros it is an honor to have industrial partners at the level of CAF to make this ambitious project a reality, with which we want to expand the limits of mobility as we know it, making it faster and more sustainable. We continue to make steady progress to achieve this.”

Europe is a leader in high-speed transport systems and now also in hyperloop. The European countries have created the world’s first hyperloop standardization committee and have a powerful ecosystem as showcased by the Hypernex project promoted by the European Commission’s Shift2Rail Joint Undertaking. The Spanish Ministry of Science and the Ministry of Transport have also announced plans for the creation of the first European test track in Spain and associations such as MAFEX, International Union of Railways (UIC) or the Railway Innovation Hub have been involved, detecting synergies with the railway sector.

Zeleros keeps growing. In February, the company revealed that it is working with the aeronautical giant Airbus to test its electric propulsion system, and a few weeks ago the construction of a pilot project for its linear motor system used in hyperloop to decarbonise logistical operations in ports and airports. . The Z01, its model hyperloop vehicle, will be displayed at the Spain Pavilion of Expo Dubai 2020 (United Arab Emirates, UAE) from October 2021 to March 2022. The rapid growth of Zeleros is a fundamental element that positions Europe in an exceptional way, laying a solid foundation for the implementation of hyperloop throughout the world, setting a benchmark once again in high-speed land transport systems.