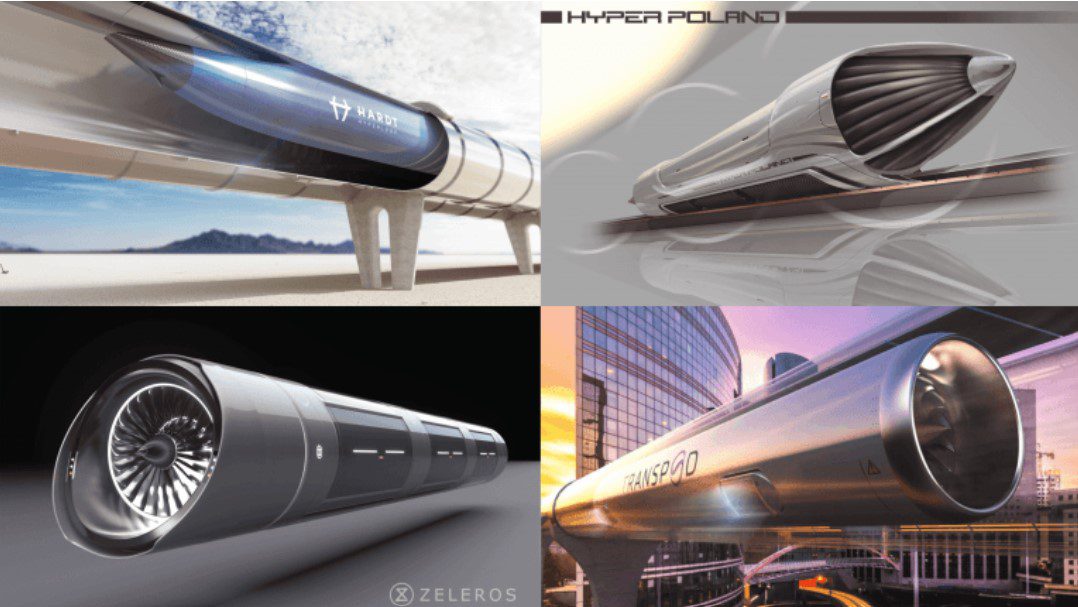 Leading Canadian and European hyperloop companies today announced the development of an international partnership to define, establish, and standardize the methodology and framework to regulate vacuum-based hyperloop travel systems.

The consortium comprises industry leaders including TransPod (from Canada, with offices in Italy and France), Hardt Hyperloop (from the Netherlands), Zeleros Hyperloop (from Spain), and Hyper Poland (from Poland).

With this joint agreement, the development of the hyperloop has entered a new phase. The partnership is open to all industry executives, research institutes, regulatory bodies, and governments who are willing to commit to the obligations, including discussions, research, practices, and policies.

Sebastien Gendron, co-founder and CEO, TransPod: “The future of vacuum-based transportation is predicated on its ability to virtually shrink distances and create a much more interconnected economy and true global community. We’re working with other leaders who are passionate about re-imagining and improving the way we live and work, to ensure we don’t develop this new technology in silos, but rather through a cooperative effort to ensure high levels of safety and interoperability”.

Mars Geuze, co-founder and CCO, Hardt hyperloop: “Breakthrough transportation solutions like hyperloop require broad support from both private and public sectors to be adopted. In the last year we have seen industry leaders joining the hyperloop development. They see the same worldwide challenges and have showed the courage to not lay back but to act. We invite everyone to join the movement to make the hyperloop a reality”.

Juan Vicén, co-founder and CMO, Zeleros: “We are marking the beginning of a new era in high-speed transportation and cooperation in hyperloop standardisation is key to ensure that the whole world benefits from it. Now is the moment to demonstrate the full potential of global innovation combining efficiently the best from aerospace, railway and vacuum industries”.

Przemysław Pączek, co-founder and CEO, Hyper Poland: “Establishing an international framework for developing hyperloop standards is an important step towards ensuring that proposed solutions meet safety and regulatory requirements. The appropriate partnerships between hyperloop companies and research organizations should lead to a faster implementation of this disruptive technology. We expect that synergy effects will be significant”.

Under this agreement, all parties will collaborate on a common roadmap towards standards and regulations, while continuing to operate as independent companies.

The hyperloop is a safe, fast and energy-efficient transport system for transporting large numbers of people and goods between cities, countries and across a continent. Autonomous vehicles move by means of a magnetic floating system through a low-pressure tube network. The tube creates the ideal conditions for safe and sustainable high-speed travel.

TransPod’s goal is to disrupt and redefine commercial transportation between major cities in developed and emerging markets. The startup was founded in 2015 to build the world’s leading hyperloop system to connect people, cities, and businesses with high-speed transportation that is affordable and environmentally sustainable. TransPod is headquartered in Toronto, Canada.

A world in which distance does not matter. That is Hardt’s mission. To make that possible, Hardt is developing smart, convenient and sustainable transportation with the hyperloop, which enjoys the support of the Lower House of the Dutch parliament, Tata Steel, Royal IHC, the Dutch Railways, Royal BAM and UNIIQ.

Hyper Poland is the first CEE company developing hyperloop technology. A University Team supported by the company has twice taken part in the SpaceX Pod Competition. Hyper Poland has also completed an acceleration program with the Polish Post and prepared initial feasibility studies for connecting with hyperloop major Polish cities with the new Central Communication Hub. Partnered with LOT Polish Airlines, DB Schenker and Railway Research Institute. The team believes that hyperloop will change reality and we will get much more of what is nowadays most desirable – time.