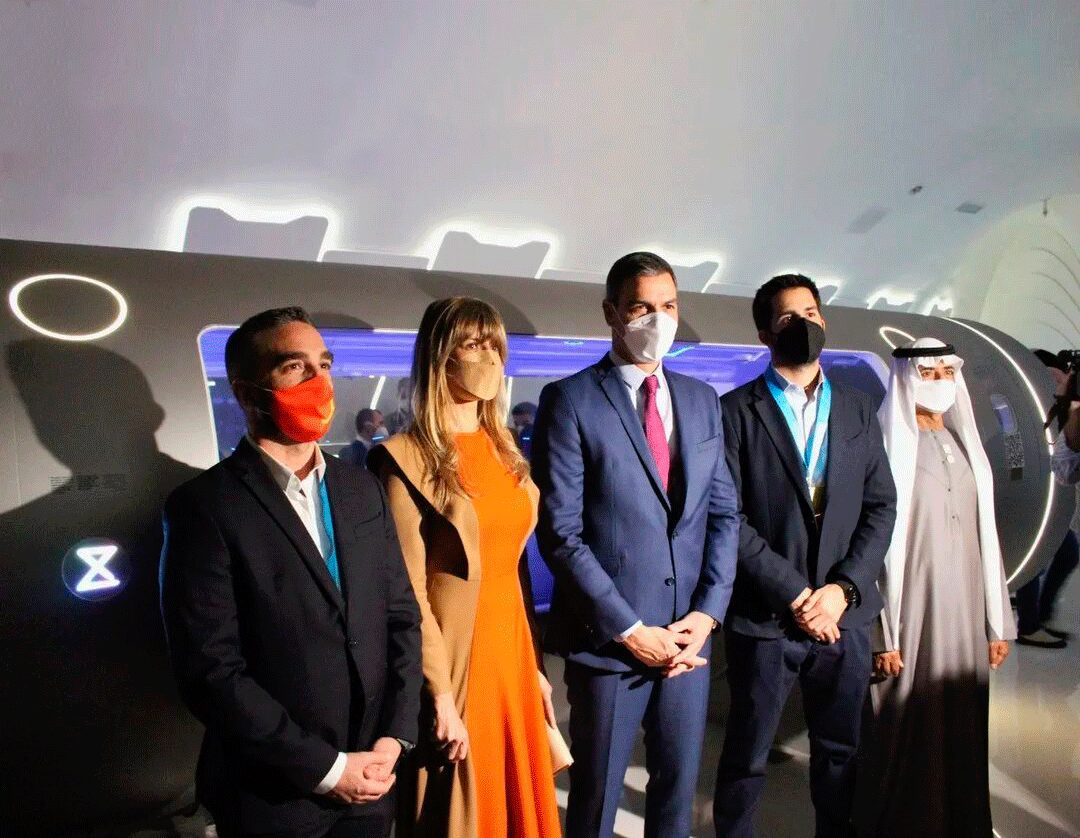 Zeleros, the European company based in Valencia (Spain) leading the development of a scalable hyperloop system, received during Spain’s National Day at Expo 2020 Dubai a special visit from Spain’s Prime Minister Pedro Sánchez, and members from the Government of Spain, including María Reyes Maroto, Minister for Industry, Trade and Tourism and José Manuel Albares, Minister of Foreign Affairs. 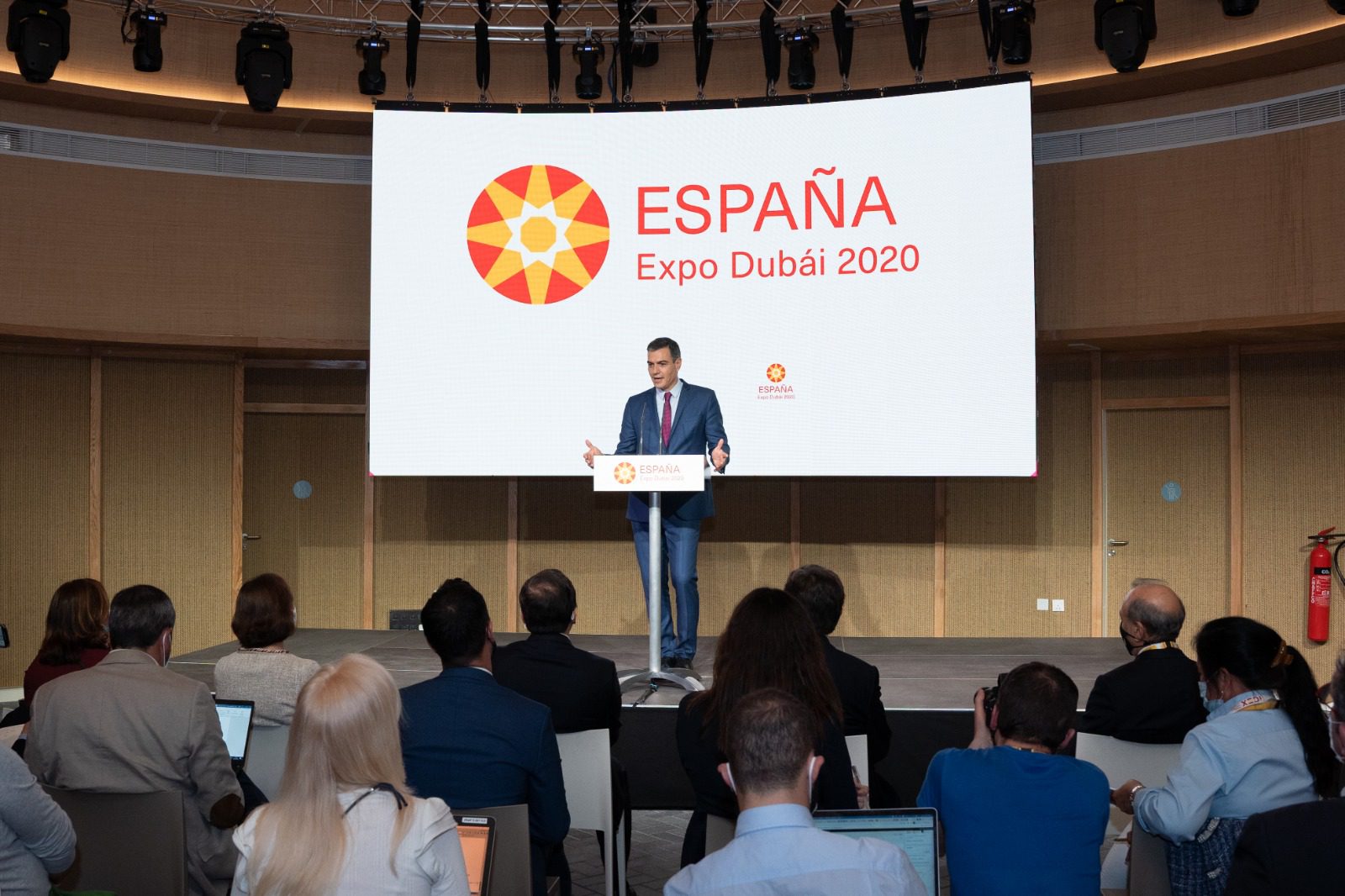 The representatives from the Government of Spain were welcomed by David Pistoni, CEO and Co-Founder of Zeleros, who expressed that:

“Spain is a world champion in high speed transport and hyperloop is the next big leap. Together with our industrial partners and institutions we are positioning Spain as a frontrunner in this development”.

“We are honored to exhibit for the first time in history a hyperloop in a World Exposition in UAE, where millions of people are having the chance to discover and get excited about the benefits that this new transport system can bring to our societies”.

The institutional visit was part of the programme of Spain’s Prime Minister Pedro Sánchez in United Arab Emirates, which included the opening ceremony of the Spain – UAE business forum 2022 at the Dubai Exhibition Center (DEC) and an official ceremony in the Al Wasl Square, the central space at Expo 2020 Dubai. PM Sánchez highlighted that the Spain Pavilion is an example of creativity, sustainability and arts, the Government’s will to continue promoting the cooperation with the EAU, and the potential of Spanish companies to contribute to UAE’s growth. 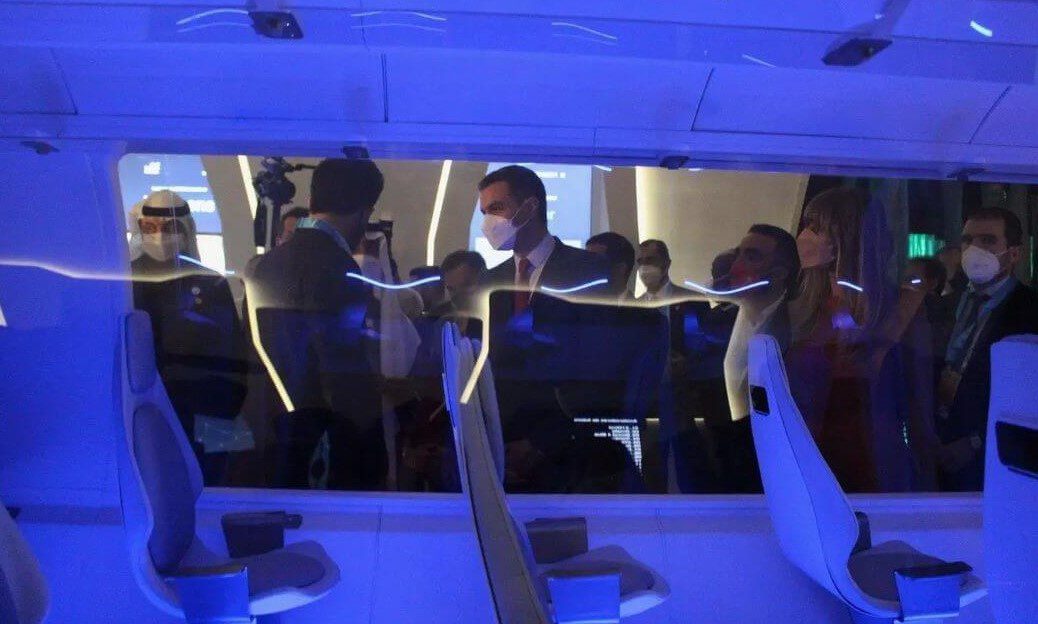 In October 2022, Zeleros’ hyperloop vehicle kickstarted its first participation in a World Expo, exhibiting Z01’s hyperloop vehicle at the below-ground level of Spain Pavilion at Expo 2020 Dubai. In November, the company released its vision for a hyperloop network for the Middle East, which generated a lot of interest from institutions, with UAE’s decision-makers HH Sheikh Mohammed (UAE Vice President and Prime Minister) and HH Sheikh Hamdan (Crown Prince of Dubai) visiting the exhibition. In December, Zeleros took part in a programme organized by Spain’s Ministry of Transport (MITMA) where Minister Raquel Sánchez mentioned Zeleros in her inaugural speech and a round table on hyperloop took place including Spanish organizations supporting Zeleros’ hyperloop development, such as Red Eléctrica de España (Elewit), Capgemini Engineering, CAF Group or TYPSA.

Zeleros keeps moving forward. The company has just been selected as one of the top 50 Clean Mobility startups for 2022 by the European Startup Prize for Mobility (supported by the European Parliament) and is about to start the construction of a pilot project for its linear motor launcher, that can be used for both hyperloop and logistics automation in ports and airports. 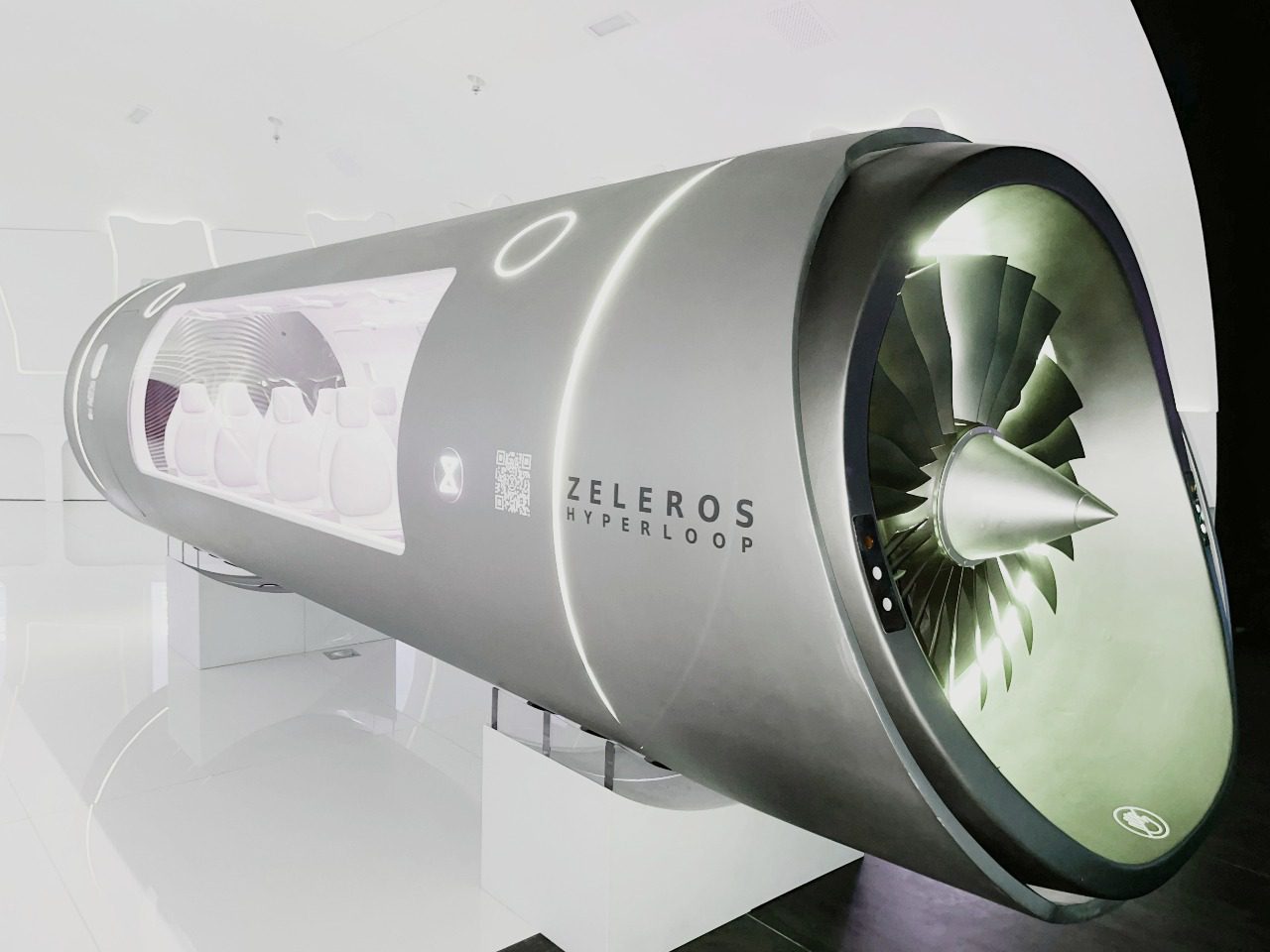 Zeleros hyperloop vehicle, Z01, will be exhibited at the Spain Pavilion of Expo 2020 Dubai until the end of March 2022, and then will travel back to Spain more than 7000km, from Dubai to Valencia. Zeleros contributes to place Spanish technology as an international reference, aiming to shape the future of sustainable mobility for passengers and goods.

Do you have any question?